Because of its versatility, the double row (DR) fill pattern is the most popular pattern for sweeping applications. This design allows the space between each row to trap bulky items while the bristles are working to pick up the finer debris such as dust and sand.

The single row (SR) pattern is ideal for sweeping applications in dusty and/or sandy conditions. It is also referred to as the full-fill or high-density pattern. This pattern is designed to pick up fine debris, but not bulky litter.

A patrol brush has a V-pattern and is designed primarily for high-speed sweeping in large areas. Designed with fewer rows with more tufts per row, there is more space between rows. This enables the brush to effectively pick up medium to large debris such as cans, paper, and leaves at faster speeds.

The design of the Herringbone also utilizes a V-arrangement but only in the double row (DR) pattern. At normal sweeping speeds, light to medium litter is directed closer to the center of the hopper and loaded more effectively. 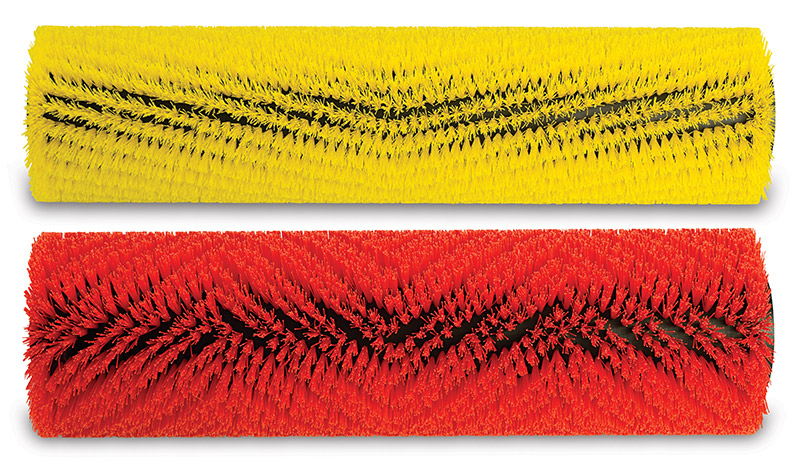 Designed for use on cylindrical scrub brushes, our chevron patterns keep the solution in the middle of the scrubbing path as the bristles agitate the debris loose from the ground. The full-fill (single row) design keeps bristles on the surface at all times. The filament length on this brush designates it as a scrubber since the short bristle cannot flick or sweep the debris off the ground.